Join me for an après ski happy hour at the restaurant and saloon of Utah’s beloved distillery. It is one not to miss!

Park City is one of America’s best ski towns and also home of the Sundance Film Festival each spring. With predictable influxes of visitors from around the world, investment, restaurant and retail in Park City has given the town a vibrance and internationally friendly – but distinctly western American – culture. 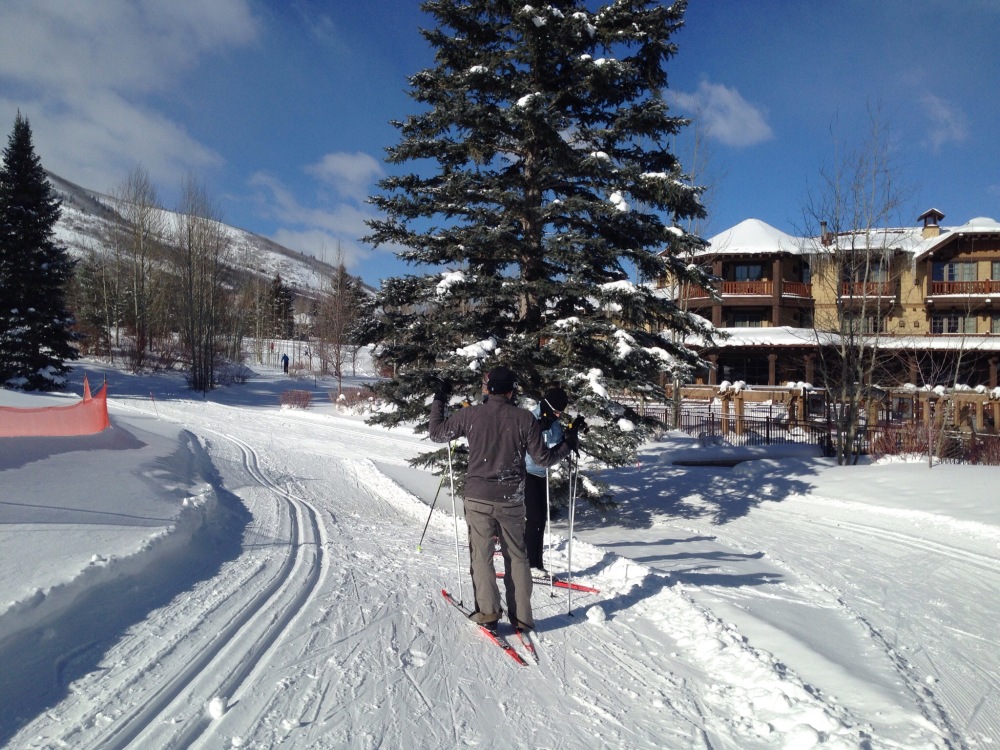 I had the chance to visit the town only very briefly after an afternoon of Nordic skate skiing nearby. Never heard of skate skiing? Neither had I – or most anyone else. YouTube it and prepare yourself to be amused. It is an awkward combination of Nordic (cross-country) skiing and skating. I don’t know whose idea it was to invent such a thing – which also requires its own specially designed skis used for nothing else. No matter how much you have skied in your entire life, should you wish to try it (I admit it, it was fun and a killer workout), please heed this lesson, because I did not do so: Always take a lesson when starting out! Trust me on this. If you do not do so, you will feel like a giant idiot. You will flail around trying to find some sort of technique or rhythm. And you’ll fail flailing this way, using muscles you didn’t know existed. You will not look remotely cool. No, you will look like a fly that got its legs stuck in honey, trying everything possible to move forward but being counterproductive with every wasted exertion. But you also will find this frustratingly hilarious – especially realizing there are others out there that look almost equally terrible doing it. 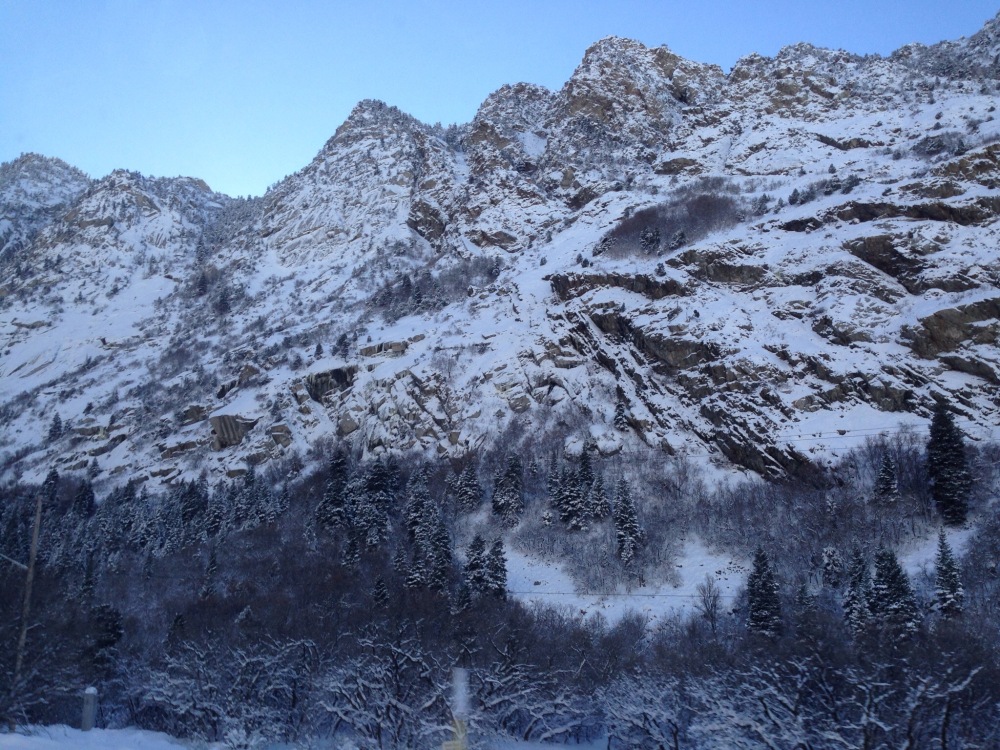 All of this digression is to explain why the three of us needed food, and why we also needed a drink after the skate skiing debacle. So we trooped into town and made a beeline for High West.

Utes (the term still sounds ridiculous) are extremely proud of High West, which, though new, is already an institution. In the grand tradition the growing network of American whiskey distilleries, they blend other people’s whiskey into fine specimens. You think I’m making a joke? This is a legit fun fact (which you already know if you’re an American male between the age of 25 to 45, consume alcohol other than beer, are particular about the ice in your Old Fashioned, and/or have been to a few whiskey bars and wanted to learn enough about the industry to impress your friends. Or women). Producing whiskey, rye, and bourbon – like wine – takes time and aging (a lot of aging, more so than wine). Starting up a distillery is a long game with little immediate payoff, which is why so many newer ones start by blending stock produced elsewhere for their own proprietary blend. As their own product begins to mature, they might begin to incorporate that into their blends until, a decade plus later, the homemade stuff is ready for prime bar time. Thanks to my brother-in-law for enlightening the little wino (me).

So that brings me back to the High West saloon in Park City. While I was disappointed to learn that High West’s spirits aren’t truly home-distilled in Utah, the saloon and restaurant is a welcome treat for the tastebuds. At 4 pm on a Saturday (before the après ski crowd should be migrating back from the slopes), the restaurant was already packed, and we barely managed to snag bar seats in the salon/saloon after a short wait. 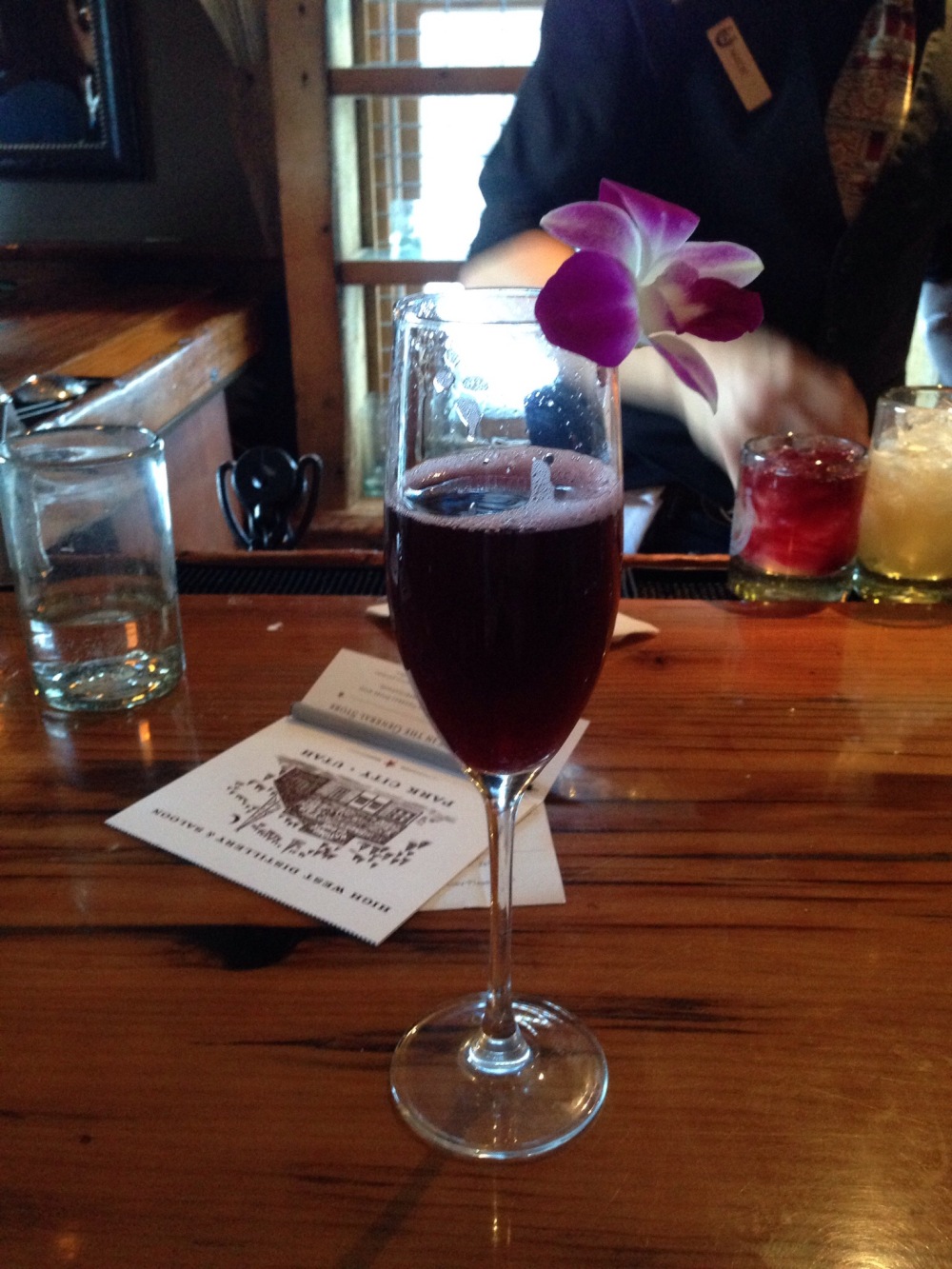 I ordered a very girly looking sparkling wine and vodka cocktail called the Pearl de Vere, accented with an Orchid. Lest you judge me, know that it’s made with High West’s own locally distilled vodka, High West 7000′ (it doesn’t have the obstacle of lengthy barrel aging as does whiskey), which I wanted to try. With bubbly and the sweet-tart Loganberry juice, how could I resist?

As for the hunger pains, we tried their burger (very high-end, sturdy brioche bun, excellent flavor and texture), baby kale and apple salad, and soft pretzel with beer cheese (shown in the featured photo at the top of this post).

The pretzel was the perfect dose of tasty carbs to alleviate hunger. The cheese was akin to a pimiento cheese, bound together with a hint of mayonnaise. It was tasty, but I am anti-mayo and almost always detect it instantly. I preferred the stone-ground, beer accented mustard instead as an accompaniment. The salad was hearty and filling, and its bold stone-ground mustard vinaigrette was an interesting choice for a salad that otherwise emphasized the contrast between sweetness (apples, candied walnuts) and saltiness of shaved cheese. The mustard vinaigrette might have been perfect if toned down a little and sweetened with a touch of honey, IMHO.

We left High West definitely satisfied and more relaxed. I hope to return!